The United Nations (UN) Charter defines the three interconnected pillars that frame the work of the organisation: human rights, peace and security, and development. 2015 is quite unique for the “development pillar”, as crucial international agreements are currently being forged which will affect the lives of billions of people over the next fifteen years at least.

A major climate agreement is expected to be reached by the end of the year in Paris. Another important bedrock in the architecture of financing for development, which will be defined in Addis Ababa in July. Finally, in September, Heads of State from the 193 Member States of the UN will meet in a Summit to adopt the post-2015 sustainable development agenda. The latter, also known as the “post-2015 agenda”, will present to the world the successor framework to the Millennium Development Goals (MDGs) and has been keeping governments, intergovernmental organizations, civil society, coalitions and networks very busy.

Why is the post-2015 agenda so important and how is it different to the MDGs? The adoption of the new agenda will be a historical event, not only because a global and universal agenda affecting all countries will be defined, but also because the new framework goes beyond the MDGs by aggregating the three pillars of sustainable development – social, economic and environmental – in a set of sustainable development goals (SDGs). A proposal for the SDGs was presented by an Open Working Group (OWG) of the UN General Assembly in July 2014, after almost 18 months of consultations amongst Member States and including the participation of stakeholders from a broad range of sectors. A set of 17 Goals and 169 targets were included in the proposal, well beyond the scope of the MDGs.

There are high hopes that during the September Summit, global leaders will commit to an agenda that “leaves no one behind” and that, in monitoring progress, no target will be considered met unless it is met for all social and economic groups, especially the poorest and most marginalized. This means prioritising the fight against inequalities, not only for developing countries, but also for those that struggle with internal disparities.

The post-2015 agenda is expected to be far more than a set of individual goals, focusing instead on the inter-linkages between the different goals and pillars of sustainable development, and on the challenge of implementing and monitoring (sustainable) development at the local, regional and global levels.

From January to July 2015, UN Member States will be negotiating the final agenda, which will include a political declaration, setting the vision and ambition of global leaders for the world beyond 2015, and the final set of SDGs. Additionally, Member States will negotiate on the means to implement the new agenda as well as on the follow up and review mechanism.

Civil society organizations and people’s representatives have been engaged in this process since the beginning. Beyond 2015, for instance, was one of the first voices, back in 2010, to call for discussions on the post-2015 agenda in an attempt to make it a participatory and an inclusive process. The main priority for our campaign is to foster the voices of those most affected by poverty and marginalisation. Today we have more than 1200 participating organizations in more than 140 countries which engage at several levels to influence the process that will (hopefully) set a strong and legitimate successor framework to the MDGs.

The post-2015 process has promoted a historical level of engagement from civil society and people’s organisations around the world. A series of thematic as well as national consultations were organised by the United Nations. The “World We Want” platform, for instance, has mobilized more than 7 million people around the world to express their personal priorities to the post-2015 agenda. The drafting of the Secretary General High Level Panel of Eminent Persons report also counted on consultations with civil society in several levels.

Additionally, the process carried out at the OWG has been considered an example of inclusiveness and transparency for the UN standards. Not only were civil society and people’s representatives allowed in the room during all the negotiation process, draft negotiation papers were also made available for comments and hearings were organised with those attending the sessions in New York. It is expected that the same level of inclusiveness will remain during the intergovernmental negotiations of the post-2015 agenda and we are optimistic that the doors will remain open for people’s representatives until the end.

However, a lot still has to be done to get even more civil society organizations involved in the post-2015 discussions. It is important that people understand this new agenda and consider the implications of those historical commitments to their lives.

It is critical that we continue following intergovernmental discussions at the UN until the September Summit, to keep pushing for a higher level of ambition and commitment in the new agenda. The universality of the post-2015 agenda requires commitments from all governments and stakeholders to place people and the planet at the centre of the new agenda. There is still time to engage in the debate. The outcome of the Summit will only be meaningful if we, the peoples, engage and hold our governments accountable for the commitments expressed there. 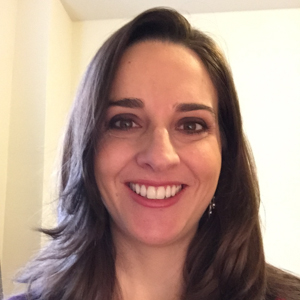 Naiara Costa is the Advocacy Director of the Beyond 2015 Campaign, based in New York. She has a masters degree in International Relations from the University of Brasilia (Brazil) and more than 15 years of experience working for the United Nations, the governments of Brazil and the United Kingdom as well as civil society organizations.