Many years later when reviewing the progress of human development, historians will identify the year of 2015 as one of the most important historic nodes because of the launching of a cluster of development efforts, among which the UN post-2015 development agenda (hereafter “post-2015 agenda”) and the 2020 global climate change agreement are of greatest importance. By cluster, I mean that besides the global efforts, we have lots of regional and even bilateral efforts as well, including the 6th Ministerial Conference of the Forum on China-Africa Cooperation (FOCAC) hopefully to be upgraded into a summit, in South Africa later this year. However, future historians will also be deeply frustrated by the poor coordination of such efforts which is one of the main challenges for all stakeholders.

With such understanding, it’s important to note that the China-Africa cooperation is possibly an exception because of its experience in gearing the UN Millennium Development Goals (MDGs) into the FOCAC process that laid a solid foundation for future implementation of the post-2015 agenda. Created in the year 2000, FOCAC is a collective dialogue platform between China and the African continent; its action plans covered almost all goals and indicators of the MDGs, including but not limited to poverty reduction, human resources, health care, food security, etc. Even though the final results of the MDGs in Africa may not be very satisfactory for all, we can still identify some kind of mutual reinforcement between the FOCAC and MDGs in Africa.

The FOCAC has potential to link China-Africa cooperation and the post-2015 agenda effectively as well. On the one hand, both parties have their long-term development vision: while the Chinese new leadership built the Chinese Dream aiming for national rejuvenation and people’s happiness, the African Union advocated the Agenda 2063 for generating a positive socioeconomic change in Africa in the next 50 years. On the other hand, both parties have similar policy standpoints in terms of the building of the post-2015 agenda which could be a mid-term strategy for both parties’ long-term development vision, reflected in China’s Position on post-2015 Development Agenda in September 2013 and the Common African Position (CAP) on post-2015 Development Agenda in 2014 respectively, exemplified by the proposed goals and indicators of both parties in the UN Open Working Group (OWG) on Sustainable Development Goals (SDGs) negotiation process, especially the 11th and 13th sessions.

However, the obstacles are obvious as well. There is a huge gap between China and Africa as a whole in regard to whether to include the peace and security goal in the post-2015 agenda. For China, the international aspect of the peace and security issue is the responsibility of the UN Security Council and other related organs; meanwhile, the domestic aspect should be respected as domestic affairs and follow the non-interference principle. China also agrees with many like-minded countries that a peace and security goal will be very difficult to measure and the post-2015 agenda is about development but not security or governance. Suffering a lot from domestic and regional conflicts, Africa attaches great importance to peace and security issues, explaining why the African Union asked to revise the CAP in late 2013 due to the absence of this issue in its first draft.

It’s fair to point out that such difference will not hinder the embedding of the post-2015 agenda into the FOCAC process, even it is difficult to overcome. Two developments support such a conclusion. The first is that China and Africa do have some common indicators proposed in the OWG outcome document submitted in July 2014 that is the baseline of on-going governmental negotiation. The second is that both parties launched the Initiative on China-Africa Cooperative Partnership for Peace and Security at the 5th FOCAC in 2012. Since then, both parties have been enhancing such cooperation in Mali, South Sudan, Somalia, etc.

Thus, the interest of future historians, similar to us, will be on how China and Africa jointly make the post-2015 agenda and the FOCAC compatible for each other, and how the consensus reached to facilitate the early internalisation and implementation of the post-2015 agenda in Africa through the 6th FOCAC Ministerial Conference in late 2015. 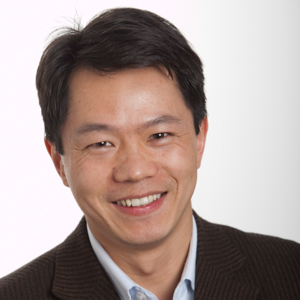 Dr Zhang Chun Is the Deputy Director for the Center for West Asian and African Studies, Shanghai Institutes for International Studies 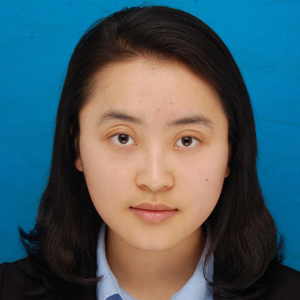