As we move through the first decades of a new millennium, it sometimes appears that the world has become too large, too complex, more dangerous and inhospitable every day. Having put aside at great cost the nightmares of the 20th Century – fascism and communism – we seem beset by others: tribalism, nationalism, racism and terrorism. They work against us, as individuals and as societies, and prevent us from thinking clearly and acting with humanity. We paid dearly in the past for our nightmares and still the end seems nowhere in sight. We feel increasingly challenged to preserve – or gain – a minimum sense of security and well being in the midst of the planet-wide struggle of billions of others trying to do the same and by their own lights. In this struggle, our political systems – the governments that oversee our domestic and foreign affairs and the organizations that connect us internationally – often seem overwhelmed by the effort to stave off ever-threatening crises and disasters of one kind or the other. No place, no one, no system appears immune to difficulty. At a time when the old ideological and systemic competitors to Western liberal-democracy and international capitalism have collapsed, neither democracy nor capitalism appear to offer, by themselves, a pathway to sustainable progress on meeting the challenges of the post-2015 development agenda.

As someone who has worked both for a national government (in the US State Department) and for the United Nations (as a peacekeeper in Kosovo and East Timor), I have thought a lot about how our array of human institutions match up with the demands of the world community of the 21st Century. My conclusion has come to be that we have perhaps reached the point in human history, and the onrush of globalisation, to begin thinking – at least thinking – about world government. To begin with, we might perhaps agree to start with the United Nations and consider how we as world citizens might move it in the direction of a European Union-like model as it could be applied to our community of 193 sovereign state members.

Not everyone would agree that the United Nations (UN) works well enough to become the basis for anything like a world government. The UN itself has not performed as it was envisioned when founded after World War II. The hope was that the five powers that won that war would work together as the permanent core of the UN Security Council to keep and – when necessary, enforce the peace. But the Cold War intervened and it never worked out that way. The UN – the Security Council, the General Assembly and the system of related agencies, often seems to be little more than meetings, reports and muddling through various international issues and crises. But given the often lukewarm and always very political support member nations and especially the “superpowers” have rendered to the UN, it has delivered more than we have had any right to expect. The UN provides the only venue for the human race to meet and discuss together. UN peacekeeping does not and cannot – resolve conflicts, but it has often played a vital role in preventing the worst from happening. It is also important to remember that the shortcomings of the UN are, after all, the shortcomings of its members. The UN today remains essentially an NGO while the ultimate power rests with the sovereign states.

However, it cannot be denied that the UN Security Council has failed to keep up with changing international power relations, remaining as it does in the hands of the five powers that happened to win that last great war. The General Assembly has never realized its potential as a decision-making body. The various UN agencies – at their best – struggle to fill the gaps of an unequal world with whatever support they can muster. Even groups of the “powerful” such as NATO, – as witnessed by its apparent impotency in the face of Russian adventurism in Ukraine and failure to deliver sustainable peace in Afghanistan and Iraq struggle to find their role. The importance of the UN has declined, the UNSC has shown itself repeatedly stymied by political differences among its members. This all comes while the need for international cooperation is ever pressing.

The world’s leading power, the US, has increasingly operated outside the UN context, often relying on more malleable regional organisations or “coalitions of the willing.” Stewart Patrick, in Foreign Affairs, writes that global governance – collective action by sovereign states, international organizations, and other non-state actors to address common challenges and seize opportunities that extend beyond national boundaries – suffers within the context of an “anarchic” system of international politics “composed of independent sovereign units that recognize no higher authority.”[1] Power realities based on sovereign states make change in the structure of international institutions unlikely, he believes. Patrick concludes that as “the current global disorder…is clearly here to stay” the challenge is to make it work “as well as possible.” He suggests an approach of “good enough governance” based on “ad hoc coalitions of the willing, regional and subregional institutions, public-private arrangements, and informal codes of conduct.”

It is hard to argue that the current international system does not leave much to be desired or that the UN works as well as it might. Meanwhile, we human beings live in a violent world, intensely and increasingly interconnected and with a concentration of wealth that Oxfam estimates leaves the 85 richest individuals with as much wealth as the poorest 3.5 billion of our total population. (Oxfam notes that the global 1% have 65 times the wealth of the poorest half of humanity.) None of the sovereign state governments show any real interest in reducing global inequality and few care much about domestic inequality either, including the US. None of the major powers have shown themselves ready to deal effectively with violent conflicts, environmental degradation and climate change.

But why abandon the UN in favour of work-arounds? The UN remains the only truly global assembly we have and the 193 countries that have signed the UN Charter commit themselves to collective action and the use of force only through the UNSC. (Actions taken under the Charter are the main source of international law.) Allowing the leading powers to act unilaterally, singly or in groups, to pursue their own interests (and demons) seems more likely to increase international disorder rather than decrease it. Aristotle noted long ago that the many are more likely to reach good decisions than the few. If global governance is insufficient to resolve the myriad of challenges the human race faces in the 21st Century, then maybe it’s time to talk about moving toward a genuine world government?

I live in a country in which many are deeply suspicious of any government, much less a world one. Some of these still fear the intrusion of UN “black helicopters” that may come over the horizon at any moment to steal our freedom. But many others around the world may see it differently, from the point of view of those for whom the current order leaves too much injustice, too much disorder, too much undone, too many grievances that nurture violence. Might it be time for we citizens of the various sovereign states to see ourselves also as citizens of the world, citizens of a government that does not yet exist but may need to come into existence for our own collective good? Perhaps we can at least begin talking about world government? What it might be, how we might get there, where we might start?

It remains unlikely that we can achieve anything like a truly global polity with its own sovereign institutions in any foreseeable future. Yet it is hard to imagine how the present international order of competitive sovereign states can achieve the eradication of poverty by 2030. As long as global governance remains solely in the hands of national governments, sustained international cooperation to realize progress on the post-2015 development agenda may flounder. We need to begin thinking beyond our current boundaries – and as world citizens – to achieve a world order that finally leaves behind the Hobbesian state of nature that we now inhabit and endangers all of us.

So, how might world citizens begin to think about practical steps in that general direction? The European Union comes to mind as a possible model to guide evolution of the UN. The EU is a system of institutions and organisations built from, and over, a number of independent sovereign states. Might we move toward making the General Assembly eventually an elected body as is the European Parliament? Not much real power but providing a way for we as a species to begin gaining the experience of acting together as citizens of that future world polity? Direct election would also provide a new degree of legitimacy to the General Assembly as well as re-energize (or energize) the domestic politics of member states. Might the UNSC evolve into something like the European Commission with a larger membership, perhaps based upon states willing to take on certain collective responsibilities (whether financial or function-specific)? And here is a possible sweetener for Washington: maybe the US Federal Reserve might play the role of the German Bundesbank in establishing a world central bank and a common currency (at least for the many countries already using or choosing to use, the US dollar). This could be a real boost to increased world trade.

These ideas may be considered premature. Some might find them either foolish or dangerous. But should not the post-2015 agenda include gradual reform of the UN? How much further into the 21st Century dare we move without beginning to think about how we might begin to construct the international order that seems more and more necessary every day? 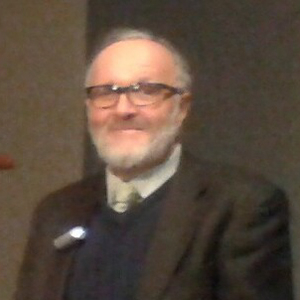 Gerard Gallucci served in Latin America and Africa before his UN service. He has a PhD from the University of Pittsburgh and has written “Freud: A Socratic Statesman” suggesting the need for a political reordering beginning within the individual.