Triumphed by many successes, the MDGs (Millennium Development Goals) have succeeded in projecting a clear, simple and transparent set of global goals for human development, motivating policy change at the national level in pursuit of these goals and stimulating more substantial resources from the donor budgets of developed countries.

Yet it left some unfinished business, which has sparked off on-going international dialogue and debate that has often appealed for a greater focus on gender equality and women’s rights in order to accelerate global development beyond 2015. Gender equality and empowerment remains imperative for improving health and the development of societies and as a major driver of economic growth. Unfortunately, factors like conflict and violence have often impeded and challenged the progress of the Millennium Development Goals. Studies have indicated that countries that have recently experienced major violence have higher poverty rates than other countries,[1] and UN Member States recognised that “conflict and post-conflict countries are the most challenged in achieving any of the Goals by 2015.”[2]

Starting off as a grandiose vision of global development, the MDG’s seem to have clearly missed the bus on various social precincts. Its lack of participation in the formulation process created an uneasy resentment among developing nations, who saw it as a “donor/UN driven agenda”. The tendency to convert global goals into nationally applicable targets and policymaking was also perhaps highly inappropriate for countries that are regularly faced with completely different development trends. For example, for most countries in Africa, rapid growth in the last decade has been associated with improvements in primary school enrolments, HIV/AIDS and gender parity. However, given the initially low levels of development, most countries are unlikely to achieve MDGs. This is particularly true for the health targets. Even where progress has been substantial, the quality of service delivery remains poor and aggregate performances have often masked sub-regional and country disparities. Spatial and gender inequalities in terms of access to services, coupled with high unemployment rates and a lack of decent jobs, rural and urban disparities, the typical features of developing economies also need closer examination. It also largely ignored gender and climate change repercussions which have choked the path to women’s rights especially in developing nations. Despite numerous resolutions on women, peace and security, what also remains excruciatingly idle is the lack of examination of the role of resources and political will to drive gender as an intrinsic component within the post-2015 development agenda.

At the same time, a retrospective analysis of the post-2015 framework also offers a window of opportunity to incorporate issues that were part of the Millennium Declaration but were not reflected in the MDGs – (human rights, environmental sustainability, peace and security). The development agenda must therefore be universally applicable but flexible to meet specific needs of countries and peoples. Global partnerships must be re-defined to make it truly “global” with a clear accountability framework for both developed and developing countries. Adopting a more universal approach will also perhaps enable it to be a “people’s development plan rather than the state’s” and suitable for sustainable global peace.

Although women make up for half of the world’s population, their exclusion from decision making in matters of peace and security also demands that there is an immediate need to break down these gender stereotypes. In current peace and security efforts, women are still seen as victims bereft of a participatory role in conflict or as agents of change and development. There is also enough evidence to prove that mainstreaming gender could challenge patriarchal inequalities. For example, studies have indicated that increasing women’s paid employment in post-conflict countries can improve community welfare and may lead to significant peace dividends.[3] As an addition to a target on inclusive governance, the post-2015 framework should include a target on increasing women’s participation and influence in decision-making under a gender equality goal.

Lack of basic security is both a driver and a consequence of armed conflict[4] and perhaps plays a pivotal role in building sustainable peace. People experience violence and insecurity differently according to their gender. Various studies have indicated that men are more likely than women to suffer violent deaths in conflict as well as in times of peace while women often fall victim to domestic abuse or violence perpetuated by an intimate partner. Targets, perceptions of security and indicators that measure specific forms of violence must become a crucial part of the gender equality goal. For example, many forms of violence against women, such as sexual harassment at public and workplaces, domestic violence and marital rape, are often not even thought of as security issues even by women themselves, and so would be problematic to be accurately accounted for under a general target to improve people’s security. Indicators must be included for measuring a variety of forms of violence, crucial from a human rights perspective.

The transformative potential of the post-2015 development agenda then can only be realised when states assume leading roles in promoting sustainable development, structural change, target universal and distributive social protection systems and obstruct the intergenerational legacy of social exclusion and discrimination. Again, gender empowerment must be allowed to push its boundaries, stressing the need for zero tolerance against violence, ensuring peace and promoting inclusive governance and participation. To chart our way forward, nations have to commit themselves the “voice of the people” where they can be heard and their rights protected from all forms of discrimination and challenge the vicious cycle of hunger, poverty, exclusion, violence, conflict and instability. 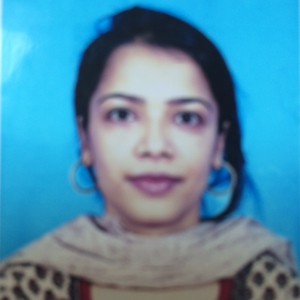 Arundhatie B. Kundal is a visiting scholar from India and has a Doctorate in Gender Studies. She is passionate about women and child rights.

[1] The World Development Report 2011: conflict, security and development warned that a country that experienced major violence over the period from 1981 to 2005 has a poverty rate 21 percentage points higher than a country that did not experience such levels of violence

[3] UN Women (2012), Women working for recovery: the impact of female employment on family and community welfare after conflict.